My first ever Britney shirt! From when I very first saw her! The Circus Starring Britney Spears Tour 2009 on April 9th, 2009!

Finally, the shirt that I got! Omg, you guys should’ve seen me I wore a Hannah Montana shirt to this Britney concert. Yikes. Ok this first, then my Circus tour merch shirt.

So this is the shirt. The very first Britney shirt I ever got!  My mom and I fell in LOVE. Yes it has shrank and I have grown. I will never stop wearing it. I recieved this shirt the day of the concert, April 9th, 2009; but this little photoshoot here is from July 2017. I’m planning on doing a more artsy shoot with this shirt soon!

If you wanna see more pictures from that photoshoot, I blogged about them on my main blog here, check it out!

We always take a picture of the merch table though. Like, I really love to look at this low key.

Don’t forget to check out this Circus Starring Britney post that I worked my ass off on!

Merch I Have from The Circus Starring Britney Spears that I Didn’t Get at My Own Show:

But that’s all my The Circus Starring Britney Spears Tour 2009 Merch! Yay! A couple more pics, just for fun. 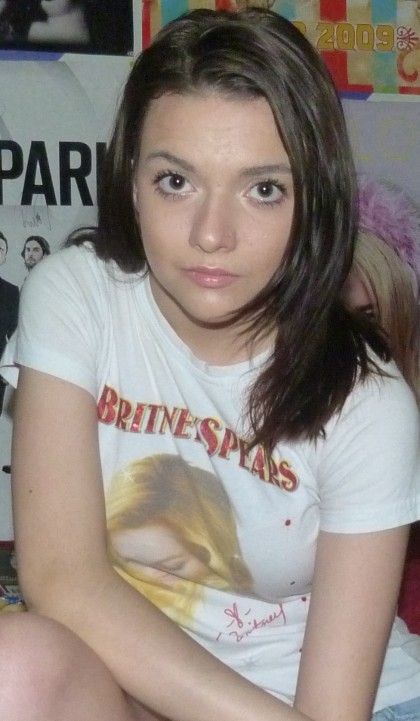 The concept of #MerchStyle or Celebrity Merch Base is a styling or modeling & photographing my merchandise collection. I have a ton from concerts & online shopping over the past 10 or more years of collecting. I’ll try to update this as I go with doing the photoshoots, as well as including older ones from over the years.
Check out my @merchstyle instagram for even more. Thanks for visiting the site!